This system generates plasma from monomer gas that is fed into the vacuum chamber at high frequency, to form polymer films on substrate surfaces.
It is used to form films that will come in contact with the living organisms.

This system forms polymerized films of excellent bio-compatibility.
It lends itself well to mass-production and can be used to develop new applications of thin film forming processes in biological and medical fields.

Thin films formed by plasma polymerization add good hydrophilicity and water repellency to various material surfaces, when the optimum type of process gas and film forming conditions are selected.
Since the film forming process is enabled at low temperatures of 50ºC and below, high hydrophilicity can be applied to resin materials. 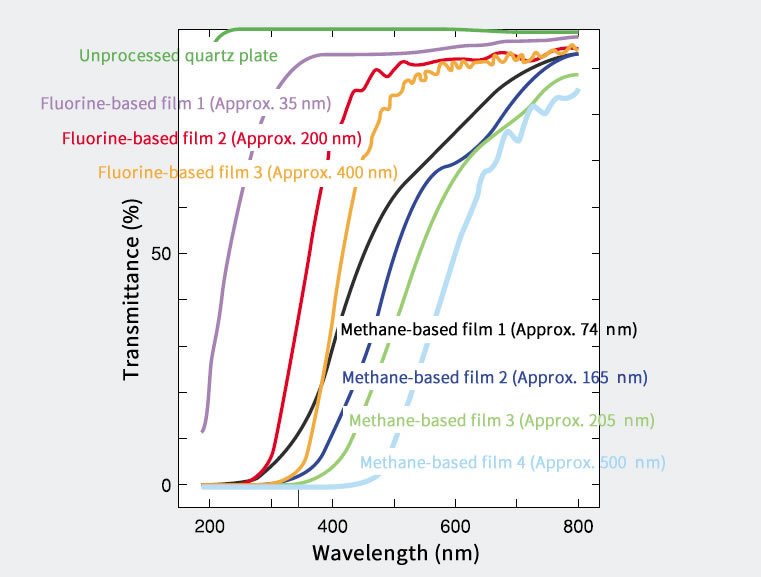